THIS IS FOR EMERGENCY ANNOUNCEMENT

Our mission is to love and lead everyone we meet into an everyday walk with Christ!

We teach and lead our members to effectively share their faith every day.

We teach people the truths of the Bible to guide them in daily living.

We lead others into a lifestyle of worshipping Jesus Christ in spirit and truth.

We extend the overwhelming love of Christ to others by showing them we genuinely care.

We guide people to a life-changing relationship in Christ Jesus.

We teach and lead our members to effectively share their faith every day.

We teach people the truths of the Bible to guide them in daily living.

We lead others into a lifestyle of worshipping Jesus Christ in spirit and truth.

We extend the overwhelming love of Christ to others by showing them we genuinely care.

We guide people to a life-changing relationship in Christ Jesus.

that the Bible is the Word of God, supernaturally inspired, so that it is inerrant in the original manuscripts and preserved by God in its verbal, plenary inspiration, so that it is a Divinely authoritative standard for every age and every life.

that the Godhead exists eternally in three persons - Father, Son and Holy Spirit - that these three are one God.

in God as the absolute and sole Creator of the Universe and that creation was by Divine action, not through evolutionary process.

that God, by His sovereign choice and out of love for men, sent Christ into the world to save sinners.

that Jesus Christ in the flesh was both God and man; that He was born of a virgin and that He lived a sinless life, in which He taught and performed mighty works and wonders and signs exactly as revealed in the four gospels; that He was crucified, died as a penalty for our sins and was bodily raised from the dead on the third day.  Later, He ascended to the Father’s right hand where He is the head of the church and intercedes for believers and from where He is coming again, personally, bodily and visibly to this earth to set up His millennial kingdom.

that in His death, by His shed blood, the Lord Jesus Christ made a perfect atonement for sin, redeeming us from the curse of the law by becoming a sacrifice for sin.  Men are therefore saved and justified on the simple and single ground of the shed blood. 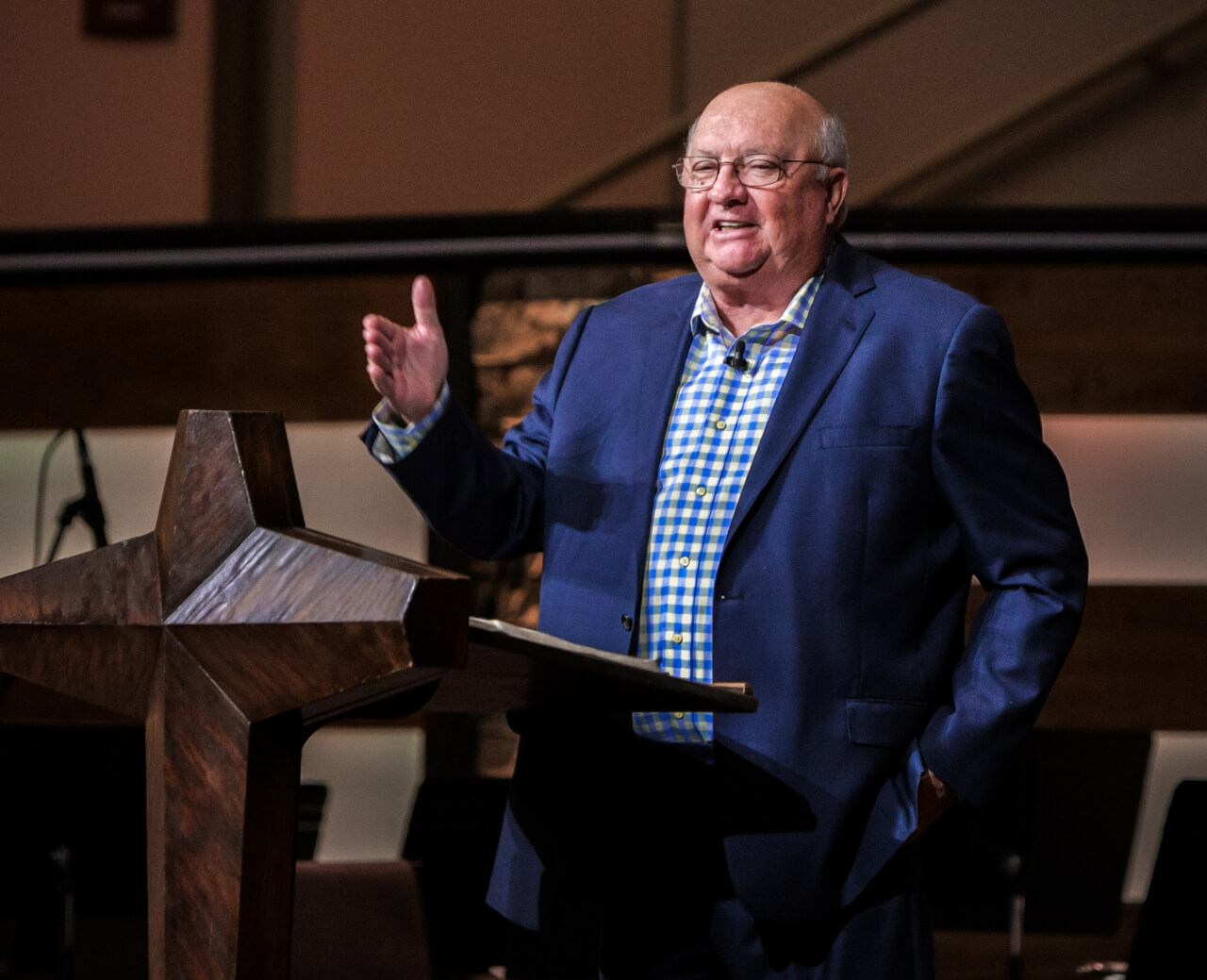 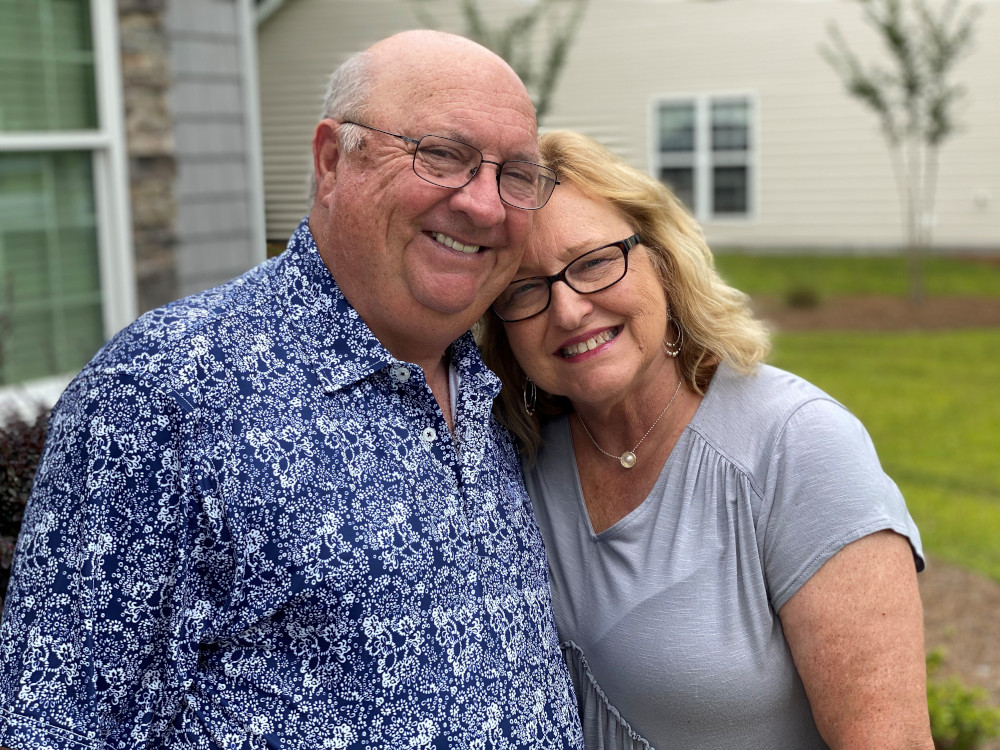 Dr. Mike Whitson has served as Senior Pastor of First Baptist Church Indian Trail since April 1, 1983.  During his ministry here, the church has grown to over 7000 members.  Nearly 8000 people have been baptized at FBCIT during Dr. Whitson’s ministry.  “Preacher Mike,” as he is affectionately known, deeply loves the Bible because he knows it has the power to transform lives and guide anyone through any situation.  He has a God-given ability to communicate the message of the Gospel with great clarity through straightforward Biblical preaching.  He shares the Word with great sincerity and candid application as he encourages his audience to deepen their walk with Christ.

During Dr. Whitson’s tenure at FBCIT, he has led several building programs, a complete renovation and an addition to the Worship Center.  Under his leadership, Metrolina Christian Academy was started in 1992 and now has over 1600 students.  He founded 2 satellite campuses, East Campus in Marshville, NC and Restoration Church of the Carolinas in Fort Mill, SC which are both thriving and within 45 minutes of the Main Campus.  Preacher Mike remains committed to First Baptist Church Indian Trail to do whatever is necessary to reach our world for Christ.

Though he has led ministry efforts around the world, he would quickly tell you that his most important ministry is his family.  He has been married to Kathy, his childhood sweetheart, for over 50 years.  They have two children and five grandchildren.

Metrolina Christian Academy (MCA) is one of the premier private Christian schools in North Carolina and a ministry of First Baptist Church Indian Trail.  MCA was established in 1992 and is accredited by the Association of Christian Schools International (ACSI) and Southern Association of Colleges and Schools (SACS).  Serving over 1400 students from infants to twelfth grade, MCA offers a vibrant community which cultivates Christ-centered lives, a Biblical worldview, academic excellence and attention to the individual needs of students.  MCA is staffed with teachers who are called and committed to Christian education, enjoy working with students and go above and beyond to see students find success as they develop in all areas (academic, spiritual, social/emotional and physical).  A wide variety of classes and programs are offered to accomplish these goals.

Metrolina Christian Academy would be excited to serve you in making the best school choice for your family.  Start your journey to learn more about our campus by visiting our website at www.metrolinachristian.org. You may also contact us to schedule a Virtual Meet and Greet or Virtual Guided Tour: admissionsteam@fbcit.org or 704-882-3375.

The Baptist Faith and Message